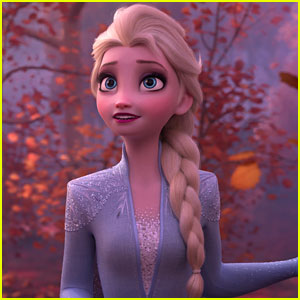 If you see the new movie Frozen 2, chances are you’re going to leave the theater with one thing in your heard: “Ahh-ahh, ooh-ooh.”

Throughout the movie, Idina Menzel‘s Elsa hears a voice in her head and it’s always the same “Ahh-ahh” call. You can hear it constantly throughout the song “Into the Unknown.”

Lots of Frozen 2 fans have been tweeting about the phrase getting stuck in their heads after watching the movie and we gathered a bunch of them here. The phrase is sung by Norwegian singer Aurora and she was credited on the film’s soundtrack.

READ MORE: ‘Frozen 3′ Details: Will It Happen? Everything We Know So Far…

Rule: if someone does the frozen 2 siren call you MUST return it.

Ahh Ahh frozen in my head 🤯

Click inside to read what more people are saying…

no one: me after watching Frozen 2 : Ahhh ᴬʰʰ

it could be the fact i’ve already seen frozen 2 twice but i have into the unknown STUCK AND CEMENTED in my head! i’ve been aHH AH Ah AHHHing all over the place

Looking for a vocal coach

frozen II yes its overhyped but fuck it deserve the hypeJust the soundtrack alone was amazing, plus the elsa solo ah ahH aHHHhh gave me chilLLs